Upon arrival at Kuching International Airport, you will be met by your tourguide. Transfer by car to your Hotel in Kuching city and free at leisure to explore the area.

Tag 2 : Kuching
Depart for a half-day city tour to explore the streets of Kuching and encounter the lifestyle of the local people in one of the largest cities in Borneo. See all the different facets of the many cultures combined in Kuching, like Malay, Indian and Chinese culture! Visit the Gambier spice streets, India street, the famous Sarawak Museum (closed on public holidays), a Malay village, the old Muslim State Mosque, the oldest Chinese temple in Sarawak, Kuching’s South City Hall (closed on weekends and public holidays), as well as the Waterfront where you see the colonial buildings like the Astana, the former White Rajah’s palace.
Return to your Hotel and afternoon free at leisure.

Tag 3 : Kuching – Batang Ai
After  an early breakfast, check-out from your Hotel. Depart to the Semenggoh Nature Reserve. The entire facility occupies an area of 740 acres and acts as a sanctuary for orang utans that have been rescued from captivity and young orphaned primates. Many have been returned into the surrounding area of the nature reserve. But there are few that will never re-learn their natural skills due to long association with and dependence on humans. There are daily scheduled feeding times. However, sightings of these primates during feeding times are not guaranteed due to the fact that they are roaming freely within the nature reserve.
From here we depart for a 4 hours journey by air-conditioned vehicle to Batang Ai. Along the way, we will visit the native market in Serian, pass by rice fields and visit a pepper plantation. The last stop will be at Lachau, a small up-country Chinese village, where we will stop for lunch, before proceeding to Batang Ai.
Upon arrival at the Batang Ai Lake, you will be ferried across by ferryboat to the Aiman Batang Ai Resort & Retreat. After check-in, the rest of the day is free at leisure to use the many facilities of the Resort.

Tag 4 : Batang Ai
After breakfast, the day starts with a fascinating visit of the former headhunters of Borneo! The journey to the longhouse involves a ride on a traditional Iban longboat. Upon arrival at the longhouse, you will be taken for a tour around the longhouse, to meet the natives and their families. The Ibans will sound their gongs and perform their traditional war dance in full ceremonial regalia. Don't leave without tasting their rice wine "tuak". A native lunch will be served in the longhouse. Return to the Resort. In the afternoon you have the option to venture on a nature walk including a canopy bridge (subject to weather conditions). The rest of the day is free at leisure.

Tag 5 : Batang Ai - Kuching
After breakfast today, you depart the Resort by ferry boat and return to Kuching by car with an en-route stop for lunch at a local cafe. Transfer to Hilton Hotel in Kuching.

Tag 6 : Bako Nationalpark
After breakfast, depart for a full-day tour of Bako National Park. This is the oldest national park in Sarawak and offers the perfect introduction to Sarawak’s forest and wildlife. It can be reached by 30 minutes’ drive by car and another 30 minutes by boat. The park has an area of 27 km2 of primary forest with an abundance of botanical treasures made up of 25 types of vegetation. Amongst the huge variety of plant life, the carnivorous pitcher plant can be found here as well. Bako’s mangrove forest is home to the odd-nosed proboscis monkey, found only in Borneo. Other wildlife species found here are the long-tailed macaques, silver leaf monkeys, monitor lizards and bearded pigs. There are a number of trails, which you could venture on to explore this fascinating park. A packed lunch will be served.
Return to Kuching in the afternoon and transfer to your Hotel. Rest of the day free at leisure.

Breakfast at the Hotel. After transfer to the airport for your flight to next destination.

The tour ends at Kuching Airport 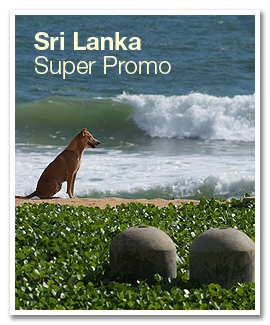